Ira Sachs’ latest film centers on a three-way relationship between two men and a woman as they navigate their way through love, lust and heartbreak. Passages begins on a film set. Tomas (Franz Rogowski), a German man in Paris, is directing a period piece. On set, he’s a hardass, always yelling, screaming and nitpicking about small things. After shooting, he goes to the film wrap party with his husband Martin (Ben Whishaw), but he is less than enthusiastic about the event, so he leaves the forlorn Tomas alone to dance with Agathe (Adèle Exarchopoulos). The two head to another party, and without any indication that they even like each other, they have sex. Maybe it’s the first time he’s had sex with a woman, and he tells his husband about it as if he is supposed to be happy for him? Of course, this starts an argument between the two, which leads to Martin walking out.

Tomas really wants his husband to be OK with this new arrangement and even wants him to help him feel better about the situation. Martin begins sleeping with Ahmad (Erwan Kepoa Falé), and when Tomas finds out, he’s upset. What did he expect Martin to do? Now that he knows Martin has moved on, he aims to try to get his husband back while keeping Agathe by any means necessary.

One thing that kept running through my head while watching Passages is, “This movie can’t be serious.” In one scene, Tomas says, “Martin says I can be terribly self-involved.” Wow, no kidding. You treat your husband like crap by cheating and making him accept it, then he gets with Agathe and now she’s getting the short end of the stick, and Tomas wants them both to accept his 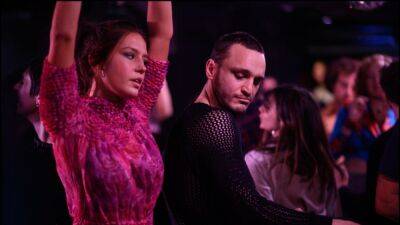 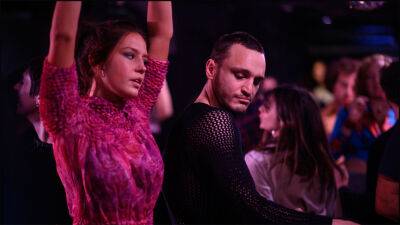