DANCING On Ice star Nile Wilson suffered a painful fall after he fell flat on the ice during rehearsals. The Olympic gymnast went straight to the top of the leaderboard with a score of 33.5 on Sunday evening.

EMILY Atack broke down in tears on This Morning today as she discussed the horrifying sexual abuse she receives daily online. The actress, 33, revealed that she had been continually trolled by one man in particular who kept creating accounts to send her vile message after vile message.

KSI reveals he quit school after making £1,500 a month on YouTube – leaving his parents horrified

KSI has revealed he quit school after making £1,500 a month on YouTube - but his parents were horrified. The boxer, singer and online personality began making videos as a teenager and has now become one of the highest-paid YouTubers in the world. Speaking about the moment his career started to take off, he told Holly Willoughby and Phillip Schofield on This Morning today: “It got to the point where I spoke to my teacher and you know like, ‘I’m making this amount’ and he was like ‘how much is it?’ and I was like ‘one thousand five hundred a month’.

DANCING On Ice host Holly Willoughby had a hair-raising experience last week after she was evacuated from the studio with rollers still in her blonde locks. The entire cast of the celebrity ITV show was forced to flee the building in a fire scare. Speaking exclusively to the Sun, the show's creative director Dan Whiston explained: "Last weekend, the entire Dancing on Ice cast, production and crew had to evacuate the studio after a fire alarm went off.

Dancing On Ice fans baffled as they spot something very different about Keith Lemon – did you notice?

DANCING On Ice fans have been left baffled after spotting something very different about Keith Lemon. The comedian was among the celebs in the audience for the ITV skating competition as it was broadcast live. Keith, real name Leigh Francis, headed to the ITV studio to support Joey Essex ahead of his Grease-themed performance.

THE apple didn’t fall far from the tree for Gwyneth Paltrow’s daughter. Apple Martin, 18, looked the image of the actress at Paris Fashion Week.

CAROL Vorderman left This Morning viewers open mouthed today as she opened up about her unconventional love life. The 62-year-old previously told how she has five men on the go and today, she explained how it works in reality.

Holly Willoughby declared that her old school friend's young son has been "fighting like a lion" since being diagnosed with leukaemia.

LOVE Island winner Ekin-Su Culculoglu broke her silence last night after she survived the dreaded skate off. The 28-year-old went up against John Fashanu, 60, after the public vote left her vulnerable, but the judges opted to send the former footballer packing instead.

PETER Crouch was left gobsmacked after he discovered none other than Holly Willoughby in his bed in the middle of the night. A bizarre prank pulled off by Michael McIntyre and Peter's wife, Abbey, saw the footballing legend surprised at midnight. During Michael McIntyre's Big Show on BBC One, the comedian - along with his huge camera crew - snuck into Peter and Abbey's massive holiday home in Portugal.

FRIENDS and family of Ekin-Su Culculoglu say she has been “hung out to dry” by Dancing On Ice bosses after her saucy routine on last week’s show angered viewers. The winner of last year’s Love Island finished bottom in the public vote after she performed a provocative dance in a “nude” bodysuit to Britney Spears hit song Toxic. Tomorrow the 28-year-old will perform in the skate-off as she fights for her place on the ITV show following a wave of complaints to broadcast regulator Ofcom.

From Ekin-Su’s catsuit to Holly Willoughby’s low cut gown, these are the most complained about telly outfits ever…

FROCK, HORROR! These are the most outrageous outfits to feature on telly – if judged solely by the number of complaints to Ofcom. Ekin-Su Culculoglu is the latest celebrity to feel the wrath of the nation’s prudes when she performed in this nude leotard on Dancing On Ice at the weekend, sparking 112 complaints to the broadcast regulator.

THE Apprentice viewers were left in hysterics at an 'awful' task during the latest episode. The BBC One programme aired on Thursday night as the hunt for Lord Sugar's next apprentice continued. The remaining candidates were brought to London's Westend where they were shown an animated video. 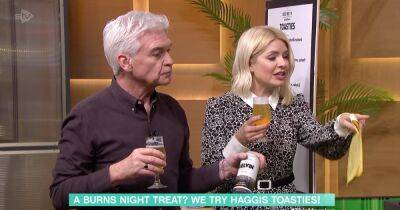 Holly Willoughby and Phillip Schofield taste tested their way through Scottish food on This Morning today ahead of Burns Night next week. 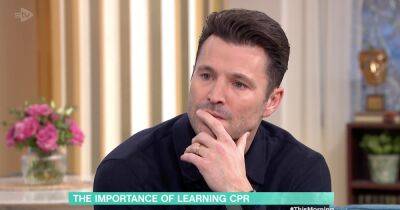 Mark Wright broke down in tears on This Morning today as he recalled giving a stranger CPR but was unable to save him. 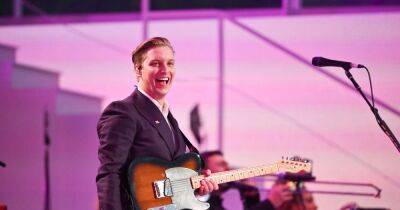 Mum 'in relationship with George Ezra' almost conned out of £5,000 by catfish

A mum who thought she was in a relationship with George Ezra was almost conned out of thousands of pounds.

Holly Willoughby looked radiant as she hosted the new season of Dancing On Ice as the first six celebrities performed for the first time.The 41-year-old made sure all eyes were on her as she resumed her presenting duties alongside Phillip Schofield.Taking to Instagram ahead of the show, the This Morning star showcased her stunning outfit with her millions of followers.Falling to the floor in a mermaid style, the show-stopping outfit was adorned with sequin embellishments and clung to the star's enviable curves, highlighting her tiny waist.The stunning dress also featured a plunging neckline that displayed the star’s assets.Although most of her fans were complimentary of the ensemble, some aired their concerns over whether the dress was right for a “family show”.jackocook27 commented: “Put something Warmer on. It’s Ridiculous. 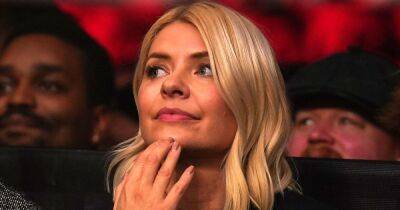 Holly Willoughby has called out one of her best pals Emma Bunton, during KSI's boxing match last night at London's Wembley Arena.