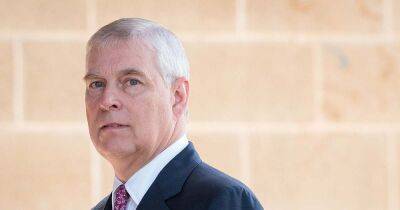 Prince Andrew’s Bombshell BBC Interview to Be Turned Into Netflix Movie: Everything to Know

Grab your popcorn. Netflix is making a movie about the famous interview that led Prince Andrew to step back from his duties as a working member of the royal family. 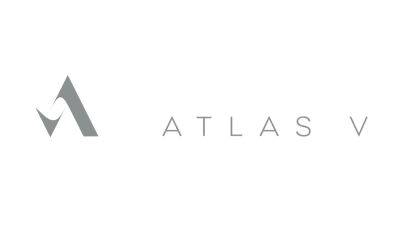 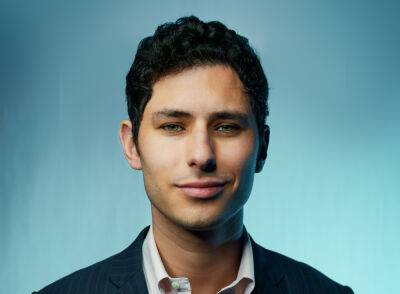 Haven Entertainment has brought on Eric Schulman as a manager. He brings with him clients including Oscar nominee Barkhad Abdi (Captain Phillips), Cameron Dallas (Chasing Cameron), Sebastiano Pigazzi (We Are Who We Are), Sophie Lane Curtis (On Our Way), Radek Lord (The Resident), Cameron Kasky and Audrey McGraw. Schulman is currently producing Motherland Bounce, a half-hour comedy based on the life of Hasidic hip-hop star Nissim Black, which is being developed at HBO Max. 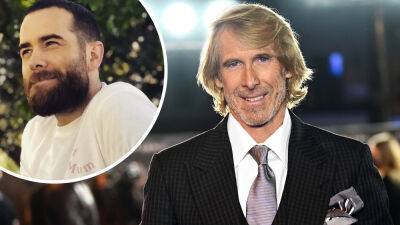 Julia Garner was seen out for the first time after her Madonna biopic was scrapped due to the pop megastar embarking on a world tour.The 29-year-old actress wore a gray sweater paired with denim jeans as she walked with her musician husband Mark Foster in West Hollywood.This is the first time the Ozark star was spotted out after the Madonna biopic she was set to star in was unexpectedly scrapped at the end of last month. The highly-anticipated film was shelved when the music icon announced that she would be embarking on a world tour that kicks off in July.In preparation for the biopic, the triple Golden Globe-winning actress had reportedly endured a grueling bootcamp to audition for the role.

A FORMER star of The Apprentice has revealed the strict rules inside the £17million mansion that houses contestants. The BBC programme bans its stars from having sex in the huge home as well as watching TV in bizarre regulations. Ryan-Mark Parsons, who rose to fame on the programme in 2019, opened up that there are "chaperones" in the mansion to keep the contestants on their best behaviour.

GEORGIA Harrison has revealed that she secretly split with her boyfriend after her ordeal with Stephen Bear's court case. The former Love Island star made the candid admission about her relationship on her social media.

ABBEY Clancy is launching a solo TV career after signing a huge new deal. The model is hosting a new interior design series and will start filming in summer.

HAPPY VALLEY bosses hired a Hollywood movie stuntman to set himself alight for the BBC1 show's fiery final scene - and made him do it TWICE. Leo Woodruff was tasked with being James Norton's body double as his character, villain Tommy Lee Royce, was seen setting himself on fire with petrol and matches in Sunday night's show. 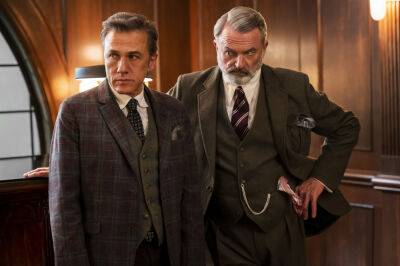 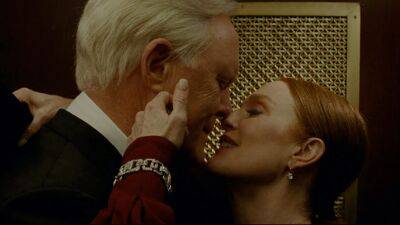 Seeing the nifty grifter drama Sharper reminded me how rarely we encounter this kind of clever cat-and-mouse game that might fall into the noirish genre but really relies on diving into a world filled with characters who reveal slices of their lives that keep changing moment to moment. It is the kind of movie I find enormously difficult to review because its ultimate success for a viewer is just watching it unfold, beat by beat, never quite knowing exactly where it is heading but still glued to the screen to find out. 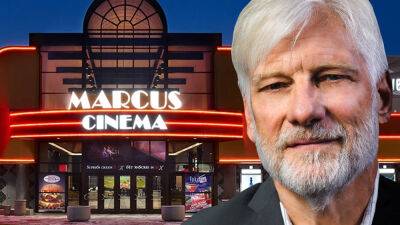 Steve Bunnell has scored an exec job coveted by many in exhibition, from what I’ve been told: He’s been hired as EVP Content Strategy at Marcus Theatres. 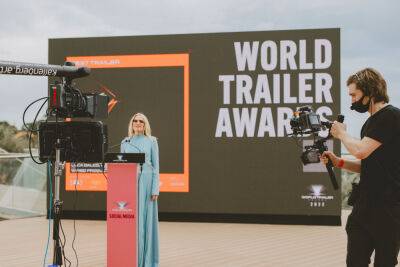 The World Trailer Awards on Tuesday unveiled regional winners for its 2023 edition, with more than 70 projects selected from seven regions representing excellence in entertainment marketing across cinema, television (broadcast and cable), streaming and games.

Brandi Glanville appeared to respond Tuesday to claims that she was sent home from Real Housewives Ultimate Girls Trip after 'unwanted kisses' and 'inappropriate behavior' towards Caroline Manzo.Both Glanville, 50, and Manzo, 61, were allegedly sent home from filming the fourth season of the Peacock series after Glanville reportedly kissed Manzo several times without consent.An allegation by a source who spoke to Page Six is that Glanville also reportedly 'touched [Manzo]' over her clothes during one interaction. DailyMail.com reached out to representatives for both Glanville and Manzo for comment earlier this week. Shed Productions and Peacock issued a joint statement which confirmed they are investigating the  alleged incident.As the conjecture swirled, Brandi cryptically tweeted Tuesday: 'Check your sources people!!!!' with a laughing feces emoji.  Clapback?: Brandi Glanville (left) appeared to respond to claims that she engaged in 'inappropriate behavior' towards Caroline Manzo (right) Mystery: As the conjecture swirled, Brandi cryptically tweeted Tuesday: 'Check your sources people!!!!' with a laughing feces emojiThe group of Housewives were all partying while filming at a private home in Morocco for the fourth season of Ultimate Girls Trip when the alleged incident occurred on January 25.Sources alleged Glanville, 'stuck her tongue down [Manzo’s] throat' and that it made Manzo uncomfortable. Shortly thereafter, Glanville, Manzo, Alex McCord and a fourth Ultimate Girls Trip cast member are said to have gone to the bathroom together.Sources allege that Glanville locked the bathroom door and, 'pinned Caroline against the wall' before the alleged incident.Sources also claimed that Glanville ultimately realized Manzo

La La Land being adapted into a Broadway musical

La La Land is being adapted into a Broadway musical seven years after the release of the hit movie starring Emma Stone and Ryan Gosling.The film stars played an actress and a songwriter who strike up an ill-fated romance while struggling to make it in Hollywood.Now a stage version is headed to the Great White Way under the direction of the acclaimed Bartlett Sher, Variety reports.The movie's songwriting team - composer Justin Hurwitz and lyricists Benj Pasek and Justin Paul - has been reunited for the Broadway adaptation.Hurwitz won the Oscar for best original score Oscar for La La Land, which also saw the trio pick up best original song for City Of Stars. 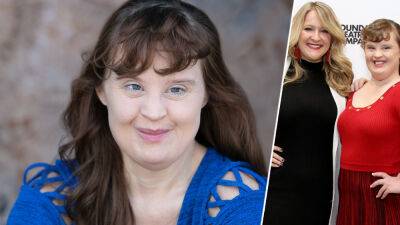 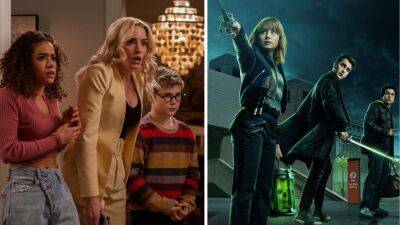 Ginny &amp; Georgia Season 2 has officially been dethroned from its No. 1 spot on the Netflix Top 10. Lockwood &amp; Co., which debuted on January 27, took its place with 39.4M hours viewed for the week of January 30 to February 5. 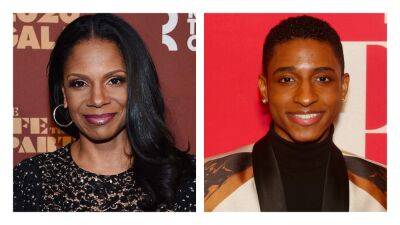 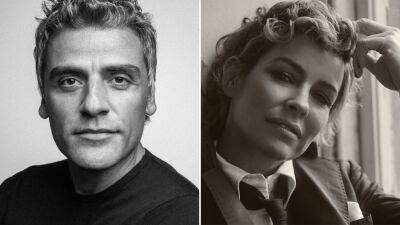 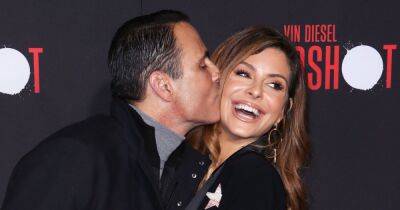 Through thick and thin! Maria Menounos and her husband, Keven Undergaro, have been by each other’s side no matter what obstacles they faced. 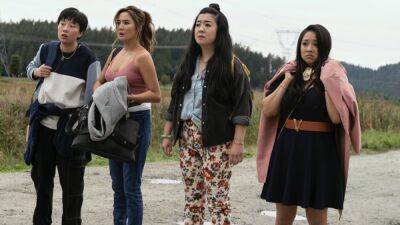 Lionsgate and South by Southwest Conference and Festivals announced today that the world premiere of “Crazy Rich Asians” and “Raya and the Last Dragon” screenwriter Adele Lim’s directorial debut “Joy Ride” will premiere at SXSW on March 17. The movie follows four friends as they take a wild trip through Asia.“Joy Ride” stars “Everything Everywhere All at Once” Oscar nominee Stephanie Hsu, “Emily in Paris” star Ashley Park, Sherry Cola and Sabrina Wu as four friends who, according to the official plot synopsis, “embark on a once-in-a-lifetime international adventure.” When Park’s business trip in Asia goes awry, she calls on her friends to salvage the trip and it turns into a much wilder excursion than they could have ever imagined. 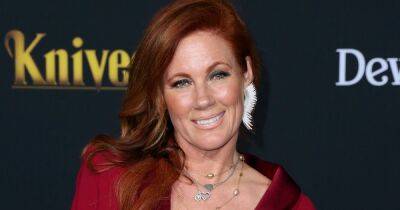 As if! Elisa Donovan and Alicia Silverstone went back in time for their Clueless-themed Super Bowl LVII ad for Rakuten — and it was a blast from the past. 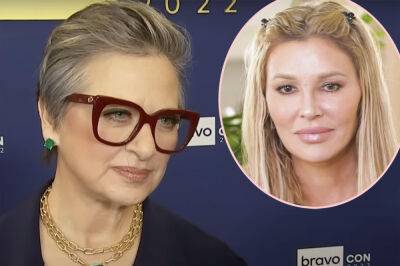 Brandi Glanville Responds To RHUGT Sexual Assault Allegations -- But Fans Are NOT Satisfied!

Brandi Glanville appears to be clapping back against claims she touched Caroline Manzo inappropriately while the pair were filming scenes for Real Housewives Ultimate Girls Trip. We’ve been covering the sordid story o 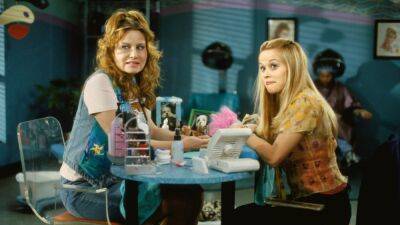 , we can at least be assured that, should such a film be made, Jennifer Coolidge would be in it. Thank goodness.The star, who has gotten , played scene-stealing manicurist Paulette in the first two Elle Woods adventures and says she's in for another. “Of course, I would be on board. 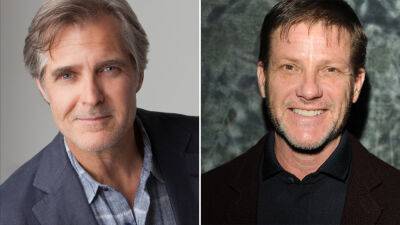 Film, also called movie or motion picture, is a visual art-form used to simulate experiences that communicate ideas, stories, perceptions, feelings, beauty or atmosphere, by the means of recorded or programmed[vague] moving images, along with sound (and more rarely) other sensory stimulations. The word "cinema", short for cinematography, is often used to refer to filmmaking and the film industry, and to the art form that is the result of it. The moving images of a film are created by photographing actual scenes with a motion-picture camera, by photographing drawings or miniature models using traditional animation techniques, by means of CGI and computer animation, or by a combination of some or all of these techniques, and other visual effects.

Our site celebfans.org offers you to spend the best time ever reading Film latest news. Enjoy scrolling Film celebrity news and gossip, photos, videos, scandals, and more. Stay tuned following daily updates of Film stuff and have fun. Be sure, you will never regret entering the site, because here you will find a lot of Film news that will never disappoint you!