During an interview with Variety at the Sundance Film Festival last week, Emilia Clarke was asked if she’s watched House of the Dragon, the spinoff prequel series to Game of Thrones. After a brief pause, she admitted, “Nooo.”

Frankly, considering her feelings toward the way that show ended, we can’t say we’re shocked that she didn’t tune back in. But she made clear it’s not about fear that it’ll be bad or bitter feelings. She said:

She also called co-showrunner Miguel Sapochnik, who directed her on GoT, “brilliant” and “wonderful” — and we know she has a lot of love for star Matt Smith… But when it comes to actually sitting down and binging more Westerosi content, it’s a hard pass. She explained:

Sounds like she has no interest in ever watching. We mean… we certainly wouldn’t want to attend that school reunion! How about you??

[Image via The Tonight Show/YouTube/HBO Max.]

The post Why <i>Game Of Thrones</i> Star Emilia Clarke Won't Watch <i>House Of The Dragon</i> appeared first on Perez Hilton. 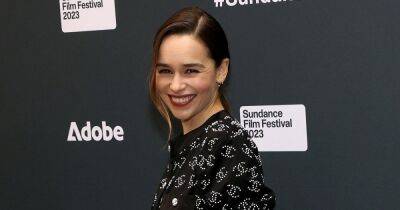