Netflix has been forced to defend the conditions on its upcoming Squid Game: The Challenge reality series following reports of freezing cold temperatures and a contestant having to be stretchered off during the Red Light, Green Light game.

In amidst UK temperatures that have dropped below freezing during the day, Netflix and producers Studio Lambert and The Garden said “while it was very cold on set – and participants were prepared for that – any claims of serious injury are untrue.”

“We care deeply about the health and safety of our cast and crew, and invested in all the appropriate safety procedures,” added the statement.

According to The Sun, at least one contestant had to be taken away using a stretcher after playing the game Red Light, Green Light – in which they have to remain motionless to win for hours. Others said they experienced frostbite and felt unwell.

All3Media-owned Gogglebox producer Studio Lambert and ITV Studios-backed The Garden are co-producing Squid Game: The Challenge, which is one of Netflix’s most eye-catching non-scripted titles in production at the moment – aiming to take advantage of the colossal success of South Korea’s Squid Game. A second season of the thriller is also in the offing.

With 456 contestants lured from around the world and a $4.56M cash prize, the format recreates real life versions of the games played in Squid Game, albeit without the murderous endings. Other games from the series included Tug of War, Marbles and Hopscotch. 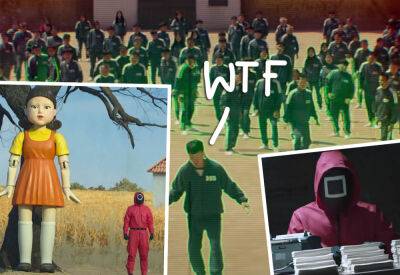 Paramount+ has announced a new reality series following the lives of Sylvester Stallone and his family.The Family Stallone, an eight-part series starring the Rocky alum, his wife Jennifer Flavin, and their three daughters Sophia, Sistine, and Scarlet, will premiere on the platform this spring, according to Variety. In promotion of the new show and the platform, Paramount released a new Super Bowl ad showing Sylvester scaling a treacherous mountain as his daughters watched on, unimpressed.While Stallone climbed the side of the mountain, carved to resemble his face, the likes of Dora the Explorer, Beavus and Butt-Head, Lieutenant Jim Dangle from Reno 911, and more watched on from a landing below.'Hey, how are you doing?' Stallone asks the mountain as he clings to the nose. 'How you doing?' the mountain replies, in Stallone's signature drawl.  The Stallones are headed to reality TV! Paramount+ has officially announced a new reality series following the lives of Sylvester Stallone and his familyHis glamorous daughters, dressed in snow gear, were unamused. 'Is that dad?' Scarlett asks her sisters.'He always does this,' Sophia replies.Dangle, meanwhile, remarked: 'I've got goosies! Look at my legs!' he replied.Unfortunately, Stallone's climbing inadvertently causes the mountain to sneeze. 'Hey, that tickles,' the rocky carving informs Stallone as he continues to cling to his nose.'Don't sneeze!' Stallone instructs the mountain.

ORIGINAL Gladiator Wolf has been knocked out in the first round of the reality TV version of Squid Game. The bodybuilder, real name Michael Van Wijk, was believed to have been flown to Britain from his home in New Zealand by producers. But he was eliminated during the Red Light, Green Light challenge.

TWO Squid Game contestants were kicked off the show before filming began — for allegedly having sex in the hotel they were put in. Players were kept in The Tower Hotel in central London for two days before being bussed to the Bedfordshire studio — and told not to interact with each other. 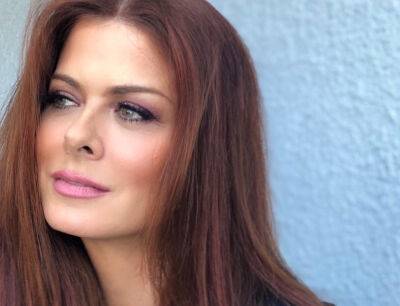 JoJo Siwa took to TikTok on Tuesday, clarifying that she does not regret appearing on the Lifetime reality series Dance Moms.The 19-year-old Omaha, Nebraska native - who just celebrated two years as a member of the LGBTQ+ community - first appeared on Abby Lee Miller's series Abby's Ultimate Dance Competition before appearing on her flagship series Dance Moms, which helped launch her career.Last week Siwa posted a video captioned, 'Reasons I regret Dance Moms,' but she didn't list any reasons, clarifying in Tuesday's video that she doesn't regret being on the show... but she regrets an instance where she didn't watch the movie Carrie like Miller had asked her.

NETFLIX’s real-life version of Squid Game turned into a freezing nightmare with at least one contestant stretchered off and others saying they suffered what felt like frostbite. The platform is secretly filming a game show in the UK based on the gruesome TV hit about a deadly contest. Hopefuls competing for a record £3.7million prize spent hours in temperatures of -3C and had to remain completely motionless to win one game.

NETFLIX has confirmed that one of its most-loved animated shows is coming to an end after just two seasons. Dead End: Paranormal Park made its debut last year with two back-to-back seasons but has now been dumped by the streaming service. 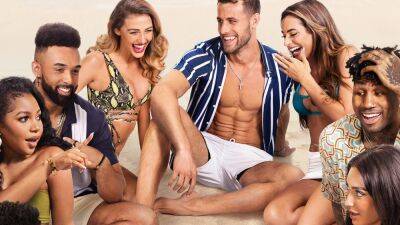 Perfect Match on Netflix: Everything You Need To Know About the Hot New Reality Show

Perfect Match has everything you need from a chaotically loved-up reality show like Bachelor in Paradise or Love Island: a tropical paradise getaway (sun's out, buns out), sexual tension you can cut with a knife, and 23 lucky singles. But twist: Those lucky singles are all people that fans of Netflix's gold mine of reality tv will definitely be familiar with. The streaming service truly is the gift that keeps on giving—because on February 14, we'll get a new reality show that is quite obviously going to be the talk of the year. 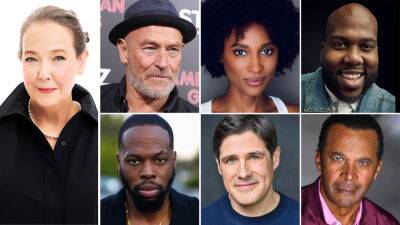 EXCLUSIVE: FX has added seven to the recurring cast for The Sterling Affairs, its limited series about the downfall of Los Angeles Clippers’ owner Donald Sterling amid the team’s drive to win a championship under coach Doc Rivers. Harriet Samson Harris (Hacks), Corbin Bernsen (City On a Hill), Yvonna Pearson (Dynasty), Jock McKissic (Your Honor), Darryl Wesley (This Is Us), Rich Sommer (Minx) and Clifton Davis (Billions) join leads Laurence Fishburne and Jacki Weaver in the six-episode series. 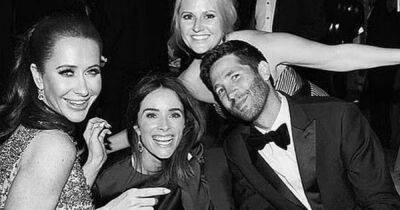 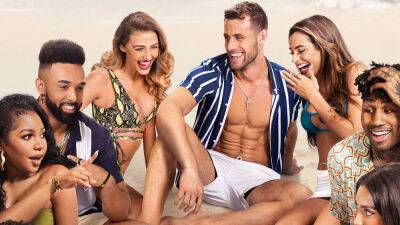 ‘Perfect Match’: Netflix Recruits Reality All-Stars From ‘The Circle,’ ‘Too Hot To Handle’ & More In “Ultimate Game Of Love”

Netflix is bringing together some of the most popular singles from their reality shows like The Circle, Too Hot To Handle, Love Is Blind for a new series. Perfect Match is described by the streamer as “the ultimate game of love.” Watch a preview of the show in the video posted above. 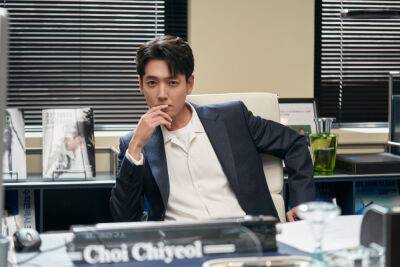 Netflix has unveiled hopes for its next Squid Game with the streamer’s largest ever Korean TV and film slate.

A POPULAR Netflix show has been axed after three series and the upcoming fourth season scrapped - despite finishing filming. The streaming service has a huge roster of TV shows and programmes for subscribers to enjoy. 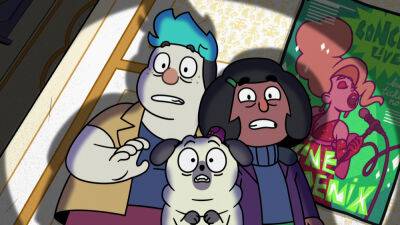 Barney, Norma and magical-talking-dog Pugsley are closing out their summer adventures at Netflix after the streamer canceled the animated series Dead End: Paranormal Park.

Eastenders hunk, the reality behind the scenes were very different."My character was supposed to be flirting with Billy and we were supposed to be very close together, but we had to be two metres apart!" she groaned."There was this stick with a tennis ball on it.