Two Love Island contestants will leave the villa later tonight after dramatic scenes left viewers on the edge of their seats on Tuesday.

Tanya, Anna-May Tanyel, Tom, Haris and Kai are all at risk of being booted from the ITV show, with one boy and one girl set for the exit. The final decision will be made by bombshells Jessie and Aaron.

Elsewhere, Zara quickly gets over the shock of the eviction and has turned her focus on another a lad. It is the third boy in the space of a few days that she's eyed up, after drama between her and Olivia over Tom, whom she is currently coupled up with.

Meanwhile, new boy Aaron is quite keen to establish himself a connection between the girls and makes a beeline for Zara in the gym and asks her is she's open to getting to know him. Zara replies: “I am yeah, I think we get on really well”.

Aaron agrees: “Yeah I think so too” as Zara continues: “I don’t know if I’ve told you, but on the outside you’re more my type, looks wise, that I go for and what I’ve gone for in the past.” Aaron tells her: “I think you’ve surprised me most out of everyone, obviously you’re very attractive.”

It's party night in the villa tonight and excitement hits when Will gets a text, He announces: “Islanders, it’s time to get fresh and look fierce as tonight you’re having a party #BackToThe90s #EatSleepPartyRepeat”

The Islanders all celebrate and rush to get ready. Shaq says: “90s party in the Villa, I’m absolutely buzzing!” He adds: “I’m gonna be bringing out all the moves tonight.”

Love Island returns to ITV2 and ITVX tonight at 9pm 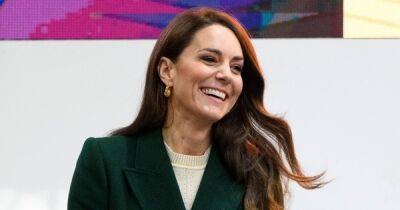 Love Island Fans spot ‘secret couple’ – can you guess who?

LOVE ISLAND fans think they have spotted the potential for a new couple to blossom in the villa. Zara Lackenby-Brown was one of two bombshells to enter the villa last night.

LOVE Island fans were left open-mouthed this evening as Maya Jama kicked off the series in style. The host wowed in red crochet mini skit and crop top, followed by a daring black thigh-split dress – and viewers declared they were only watching for her.