He’s coming clean! Stephen Colletti claimed that MTV wanted him to be a part of The Hills: New Beginnings — and hoped to see him spark a romance with Audrina Patridge.

Did Kristin Cavallari Cheat On Stephen Colletti Or Not?? She Says...

Kristin Cavallari is finally fessing up to whether or not she cheated on her ex-boyfriend and co-star Stephen Colletti!

Kristin Cavallari knows how to have fun on vacation.The 36-year-old Uncommon James founder shared multiple photos from her fun-filled Mexican vacation where she attended friend Steph Biegel's beachy wedding. The reality star showed off her toned abs while she partied with friends saying the weekend was 'one for the books.' Her BFF got married in Mexico: Kristin Cavallari, 36, shared a few images from her pal Steph Biegel's wedding on WednesdayShe began her photo carousel with a photo of herself wearing a low-cut white gown amid a tropical scenic backdrop of blue skies, a palm tree, and the Caribbean sea.  Kristin styled her signature blonde locks in bouncy waves as she posed with one hand on her hip and the other rested against a large wooden pillar.The Laguna Beach star also shared a snap in a tiny black bikini posing in front of a mirror in her hotel room. She completed the look with a tan hat.   When in Mexico: Cavallari is not shy when it comes to showing off her body on InstagramKristin also celebrated her friend, who appeared with her in the reality series Very Cavallari, with a separate post of the two of them together. 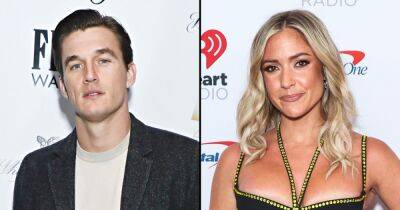 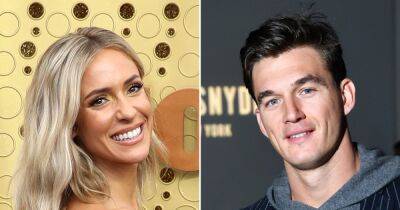 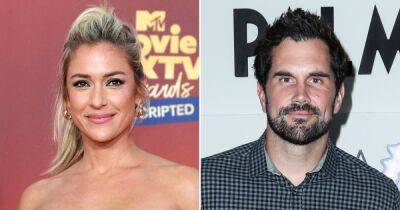 Kristin Cavallari and Stephen Colletti are back to spilling new details from high school as they recap Laguna Beach.

Kristin Cavallari is relishing in her youthfulness on her special day.The reality TV personality and entrepreneur took to her Instagram page on Thursday, January 5, to mark her birthday with a few photos taken during her celebration with family. 'Still able to say mid-thirties #36,' the Very Cavallari star gushed in the caption of a picture showing her about to blow out a birthday candle while out dining at a restaurant. Cherishing her thirties: Kristin Cavallari gushed about being able to still describe herself as being in her 'mid-thirties' in an Instagram post marking her 36th birthday on January 5In the photo, Cavallari can be seen flashing a big beaming smile as she's about to lean forward and blow out her birthday candle that sits atop a tasty piece of cake.The mother of three appears to be seated at a restaurant with friends and family, which includes her seven-year-old daughter Saylor, who's seated just to her left.

Eight months after they canoodled in a commercial, Laguna Beach alum Kristin Cavallari rang in 2023 at a Nashville New Year's Eve party with The Bachelorette #15 runner-up Tyler Cameron.The coy pair were outed on social media by her BFF Justin Anderson, The Bachelorette #14 contestant Jason Tartick, and The Bachelorette #11 Kaitlyn Bristowe.Jason Instastoried a since-deleted clip of the 35-year-old Uncommon James founder dramatically jumping into the 29-year-old influencer's arms as they cut a rug on the dance floor. 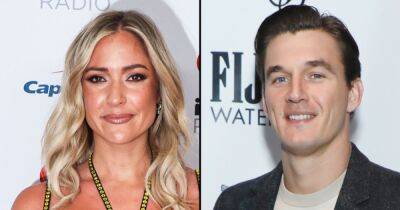 A friendly reunion? Kristin Cavallari and Tyler Cameron started 2023 with a cozy celebration alongside friends Jason Tartick and Kaitlyn Bristowe.

Kristin Cavallari showed off her stunning outfit before celebrating Thanksgiving in New York City on Thursday.The Hills star, 35, wore a V. Chapman maxi dress with dainty floral prints with a smocked bodice and pleated tiers. The entrepreneur styled the look with a pair of nude heels and also rocked dark red nail polish that matched her dress. 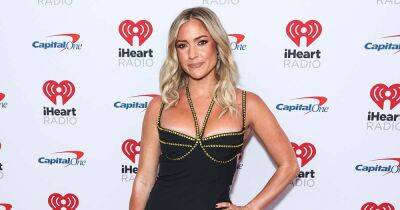 A mother’s love! Kristin Cavallari gushed over her daughter, Saylor, in celebration of her seventh year around the sun. 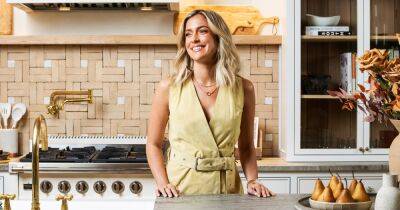 Just how she likes it. Kristin Cavallari‘s latest home is exactly what she always wanted.

Kristin Cavallari showcased her incredibly fit figure in a mischievously short red dress as she posed for a mirror selfie on Tuesday.The dress' strapless design allowed the Laguna Beach alum, 35, to highlight the post-baby 'breast lift' she got earlier this year.The reality star turned fashion entrepreneur stood on strappy red heels that accentuated her long legs. Leggy lady: Kristin Cavallari showcased her fit figure in a mischievously short red dress with a slit up the thigh on Tuesday Her latest snap was taken amid the backdrop of a modern, black and white room and was shared with her 4.5million Instagram followers on Tuesday.The Uncommon James founder made sure to showcase the accessories from the jewelry business she launched in 2017, which included a gold bracelet on her right wrist and a gold ring on her left index finger.Rounding out her steamy look, she had her blonde tresses flipped to the right, with a left part, as it flowed down past her shoulders with a healthy dose of volume. 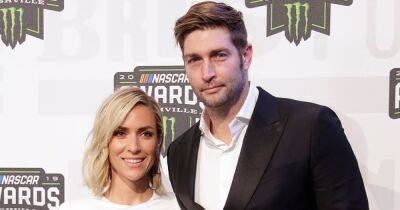 Gone too soon. Very Cavallari may not have been on the air for long — but it certainly left a lasting impression. 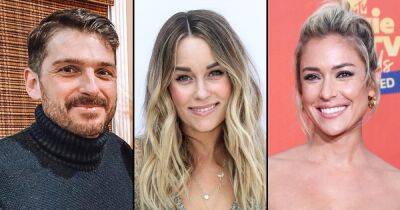 Is he the problem? Talan Torriero reacted to Lauren Conrad and Kristin Cavallari‘s confessions that they were both secretly hooking up with him during the first season of Laguna Beach. 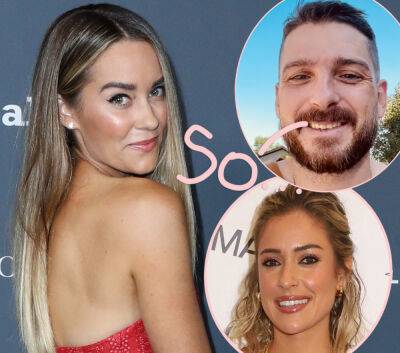 Talan Torriero has something to say about how he’s being referenced this week!