“It was something to work with these people. They’re all iconic and I can’t say I grew up with them. We grew up together. We’re almost, as a matter of fact, I’m probably older than anybody, but to have seen them in so many magnificent films,” Macy, 72, exclusively told Us Weekly.

The Shameless alum, 72, is in fact younger than his ensemble counterparts, Diane Keaton, Susan Sarandon and Richard Gere. Emma Roberts and Luke Bracey round out the film, which centers on the couple Michelle (Roberts) and Allen (Bracey) inviting both of their parents to dinner to finally meet. As if their decision to marry isn’t rough enough, the evening kicks off on a more awkward note when it’s revealed that the two sets of parents — Grace (Keaton, 77) and Howard (Gere, 73) along with Monica (Sarandon, 76) and Sam (Macy) — already know each other from past infidelities.

“When I worked with Diane the first day, I just, I couldn’t help myself,” the Fargo actor told Us. “I referenced that scene in Reds where she’s waiting for Warren Beatty to get off the train, and he’s not getting off the train, and it just passes over her face that he’s dead, he’s not going to make it. And then she looks up again, and there he is looking like Warren getting off the train. And the look she had on her face just slew me. It slew me when I saw it in the movie theater, I was blubbering like a baby. I fell so in love with her. … What a moment. We had a lot of moments like that.”

Macy’s Sam, for his part, went on an impromptu date with Grace while his wife, Monica, has been having a 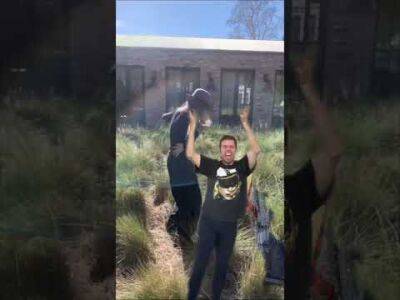 Diane Keaton Dancing To Miley Cyrus’ New Song Is Such A Vibe!!! 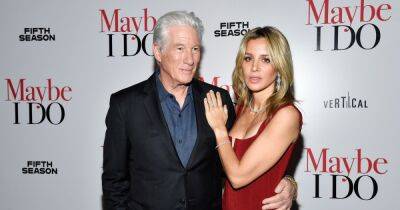