The film written by Sharon Soboil (After We Fell) is based on the New York Times and USA Today bestselling novel Rule by Jay Crownover — the first in his hit series Marked Men, which has been translated into 11 languages. It’s being sold worldwide by Voltage Pictures, which is currently placing it before buyers.

Taylor starsas Shaw Landon, who has loved Rule Archer (Stokes) from the moment she laid eyes on him. Rule, a fiery-tempered rebel tattoo artist, doesn’t have time for a good girl pre-med student like Shaw – even if she’s the only one who can see the person he truly is. She lives by other people’s rules; he makes his own. But a short skirt, too many birthday cocktails, and spilled secrets lead to a night neither can forget. Now, Shaw and Rule must figure out how a girl like her and a guy like him are supposed to be together without destroying their love…or each other.

Marked Men is one of a number of YA features to be sold by Voltage Pictures since its work on the hit After franchise, based on the books by Anna Todd. Others include the romance Finding You, starring Katherine McNamara, Tom Everett Scott and Vanessa Redgrave; Time Is Up, with Bella Thorne and Benjamin Mascolo; and the starry Words on Bathroom Walls, with Charlie Plummer and many more. 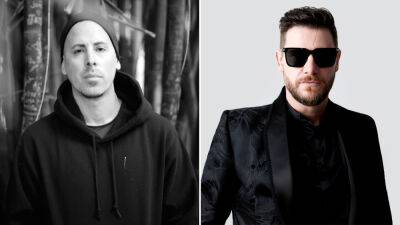