An online petition calling on the UK Government to set a minimum level for weekly State Pension payments of £416.80 for everyone over the age of 60, arguing that the new rates from April are “far too low”, has passed the 10,000 signature threshold which triggers an official response. More than 17,330 people have already shown their support for the proposed changes.

Petition creator, Michael Thompson, said that increasing the payment rate for everyone over 60 to £416 per week would result in an annual income of £21,673.60.

He said this new level of payment “should lift thousands out of poverty, give our elderly folk the power to survive and help grow the real economy, bottom up”.

The ‘Increase State pensions to £416.80 per week and lower retirement age to 60 for all’ petition has been posted on the petitions-parliament website and has already received 17,332 signatures of support (at time of writing). At 10,000 signatures the UK Government is obliged to respond.

The petition states: “British State Pensions are far too low. The Government must increase the basic state pension to £21,673.60 a year (£416.80 pw) and extend this to everyone aged 60 or over. This should lift thousands out of poverty, give our elderly folk the power to survive and help grow the real economy, bottom up. 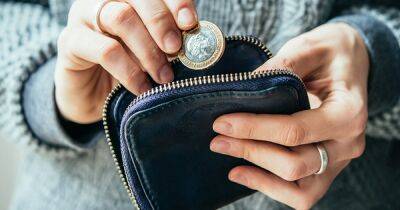