Martin Lewis is advising households to wash their washing machine at certain times during the day, amid warnings of potential blackouts. The Money Saving Expert founder today issued a “general energy security message” to the British public as he believes that the UK should brace for "energy difficulties".

Speaking on Tuesday's episode of ITV's talk show This Morning, the financial journalist said that the appliance shouldn't be used between the hours of 4pm and 7pm.

As reported by My London News, Lewis said: “We are looking at energy difficulties this winter - we hope there will not be any blackouts. But there are emergency scenarios where power cuts - short power cuts - in different regions are possible that have been put forward by National Grid.”

It comes as households will be paid to reduce their electricity use for two days in a row as coal plants were again set on standby in case electricity supplies fell too low. The peak of British electricity usage is between 4pm and 7pm which means that putting extra strain on the National Grid system during that period from using high power devices could increase the likelihood of it becoming overloaded.

The National Grid has said this is the period that a blackout is most likely to happen especially on a "really, really cold day". Martin went onto say that Britons should avoid, where possible, turning on their washing or drying machines during this time in a bid to help each other out.

He added: “Let’s all try not to put stuff we don’t need to put on between 4pm and 7pm. If we can avoid using lots of energy between 4pm and 7pm and it makes no difference to our lives, then we should all be somewhat conscious of that, whether or not it’s cheaper, because it will collectively 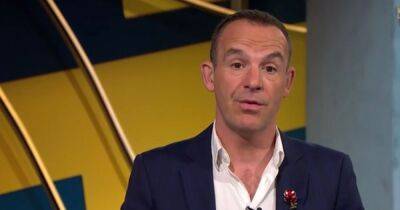