The Edinburgh-born comedian has narrated Love Island since 2015 and the ITV dating show has now entered its ninth season.

It was speculated that after his wife Laura Whitmore, 37, stepped down from her role as host, Iain, 34, would also depart the hit show. But after his gushing statement, that doesn't seem likely to happen anytime soon.

Speaking to Radio Times, the presenter said: "It’s the dream job for me, because I get the excitement of being involved in a show like Love Island, but can go to the supermarket and not be recognised – as long as I don’t say anything."

Recently, the Scots comedian spoke about Laura Whitmore's replacement host Maya Jama on Good Morning Britain. Hosts Susanna Reid and Ed Balls quizzed Iain on the new presenter, as Ed asked him: "Have you said to [Maya], 'Can you come over for a chat?' or 'I'm sending you a text?'"

The 34-year-old laughed: "To Maya Jama? I'm sure my wife would have something to say about that if that happened."

Before Love Island, Iain presented on CBBC alongside his sidekick Hacker T. Dog on the show Scoop from 2009 and 2013. He added to the publication that he thanks CBBC for getting him his Love Island role.

He said: "I did the voiceover on a CBBC dog training show called Who Let the Dogs Out? That was sent to ITV and they then got me to do Love Island. I think it really was as simple as they didn’t want a London RP accent."

Following his Love Island success, Iain has appeared on a stream of other TV series including Celebrity Gogglebox alongside wife Laura, as well as writing the sitcom Buffering, inspired by his time as a 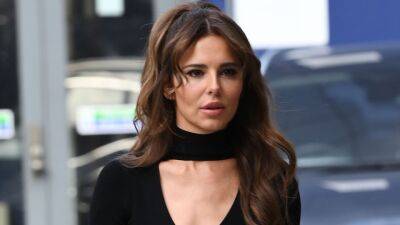 The panic behind Cheryl’s big comeback

Love Island fans slam Ron as ‘toxic’ saying he’s ‘playing up to the cameras’ – do you agree?