“I won’t deny the privilege that I have. Even if it’s just the fact that I have a really great source of information and someone to give me great advice, that alone I feel very fortunate for,” she told Elle. “My mom always joked, ‘If I could call and book a Chanel campaign, it would be for me and not you.’ But I also have met amazing people through my mom whom I now get to work with.”

Although Gerber getting into the modeling industry was facilitated by her famous mother, the American Horror Stories actor says it is completely different in the acting world.

“With acting, it’s so different. No artist is going to sacrifice their vision for someone’s kid. That just isn’t how art is made, and what I’m interested in is art,” she added. “Also, no one wants to work with someone who’s annoying, and not easy to work with, and not kind. Yes, nepotism is prevalent, but I think if it actually was what people make it out to be, we’d see even more of it.”

Gerber has been continuing to make strides in the acting world. Her other acting credits include American Horror Story: Double Feature in 2021. In 2022 she was attached to star in the high school sex comedy Bottoms and the Apple TV+ series Mrs. American Pie. 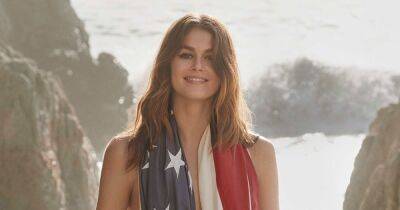 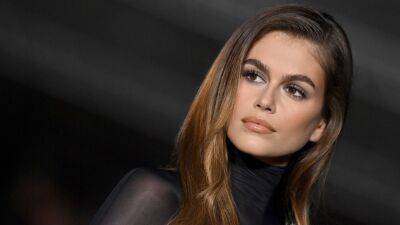