LOVE Island fans were shocked when a name from the past returned on last night's show. Viewers were given the choice of bringing in Tom Clare or Ellie Spence right from the start of the series.

They picked the footballer in a vote on the Love Island app - but eight days later Ellie is back, joining as a bombshell tonight. The 25-year-old is the latest arrival to come in and shake up the villa, alongside Spencer Wilks, 24.

One fan twigged where they knew her from, tweeting: "Wait isnt Ellie the bombshell we had to choose between tom to come in the villa???" Another wrote: "Welcome previously rejected bombshell Ellie (1st night remember?)" More on Love IslandLOVE HURTS New bombshells enter Love Island & fans accuse two girls of 'enjoying the drama'THEN AND NOW Love Island bombshell looks unrecognisable as a brunette in throwback snap She and Spencer were seen strutting into the South African mansion before a shock recoupling on Wednesday night's show. A vote, which closed the Friday before Love Island began, gave viewers the power to pick their first bombshell.

It means that Ellie, 25, has had to bide her time before appearing in the villa. The business development executive from Norwich described herself as "fun, caring, smart and know how to have a good time".

LOVE Island viewers are adamant they know just who will get dumped in the shock double elimination. On Friday, Love Island host Maya Jama looked amazing as she entered the villa in a wet look dress - before revealing the brutal dumping.

LOVE Island viewers are furious Ron Hall and Tom Clare survived tonight's dumping as the girls are tasked with sending two boys home. Fans of the show voted for the boys they wanted to keep in the villa ahead of the dumping, and it left Spencer Wilkes, Aaron Waters and Kai Fagan at risk of elimination. Maya Jama arrived in style and let the Islanders know the power was in the girls' hands, and two of the three boys would be going home.

Love Island fans insist they’ve ‘worked out’ who gets dumped from the villa – do you agree?

LOVE Island fans have insisted that they’ve ‘worked out’ who's been dumped from the villa - but do you agree? Last night the ITV2 dating show was left on a huge cliffhanger after a surprise recoupling was sprung on the Islanders. The sexy singletons were told that they boys get to pick who they want to couple up with, and the girl who has no partner will have to leave. Many viewers have taken to social media to share who they think is going to be dumped.

LOVE Island fans are rallying around Zara Lackenby-Brown over fears she's being 'bullied and gaslighted' by her fellow islanders. The model and real estate developer has been under the spotlight over the past week as she tries to win the affection of Tom Clare in the ITV2 villa. However, her ongoing feud with Olivia Hawkins, and Australian bombshell Aaron Waters seemingly declaring his dislike of Zara via a truth or dare game has sparked worries Zara is being singled out and targeted by those around her.

JUST when she thought her Love Island journey was over before it had even begun - bombshell Ellie Spence was thrown a lifeline and finally made her villa debut this week. Ellie, 25, and Tom Clare had the opportunity to enter the villa as bombshells when the dating show kicked off earlier this month.

LOVE Island fans have heaped praise on Shaq for his honesty over Ron's situation with Lana and Ellie. Friday night's episode of Love Island saw Lana Jenkins cool things off with Ron Hall after he admitted he wanted to get to know bombshell Ellie Spence.

LOVE Island fans spotted an awkward moment between Shaq and Tanya after she revealed her romantic feelings for him. Tanya opened up to Shaq, 24, as she cosied up to him on last night's show.

LOVE Island fans have begged for producers to step in after a "brutal" moment in last night's episode. Viewers of the ITV2 dating show were left in despair after farmer Will Young was rejected by the girls again last night. TikTok star Will, 23, failed to impress the girls earlier this week - and was last to be chosen in the first coupling on Monday, coupling up with Olivia Hawkins by default.

LOVE Island's first shock came this evening as new bombshell Tom chose to couple up with Olivia. The news means fan favourite Will is now single and at risk of being sent home.

LOVE Island fans are up in arms after the show was rocked by another technical glitch. Viewers have been moaning that the strong winds in South Africa have been interfering with the sound.

LOVE Island fans have noticed a huge feud between two boys after spotting a ‘clue.’ The competition was rife as Tom and Kai battled for Tanyel's affections. Love Island fans were stunned as the usually cool Kai was seething when bombshell Tom was chatting up Tanyel. 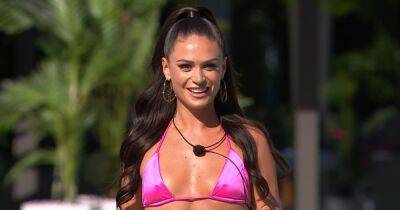 Love Island fans were delighted with the return of the Winter series as a slew of new singletons descended on the South African villa searching for love.

LOVE Island fans have predicted a huge bombshell "twist" after one girl was dumped from the show last night. The latest twist to the ITV2 programme saw the public choose one of two bombshells to enter the villa on the first day. 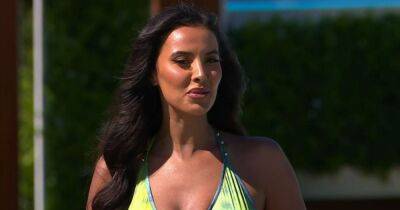 Love Island viewers were left less than impressed after a series of technical issues interrupted the Winter series premiere.