Chelsea Handler might want to double-check what medication she’s using in the future after she apparently unknowingly took a certain weight loss drug!

In case you didn’t know, there has been a lot of chatter over the internet about celebrities’ controversial off-label use of medication to help them shed some pounds — specifically with the drug Ozempic. The prescription med is meant to help treat those who have Type 2 diabetes, but it can also result in weight loss. It’s become popular for those looking to quickly slim down, but there is a major issue. Due to the high demand for Ozempic, there is now a shortage of the drug — meaning those who really need it are possibly unable to access it at this time.

Related: Chelsea & Jo Koy Were Talking Marriage Before Breaking Up?!

Many have called out A-listers, including Kyle Richards and Khloé Kardashian, for allegedly using the medication. Both of them previously shut down the allegation. But Chelsea isn’t afraid to come forward and fess up to using. However, the 47-year-old comedian insists she “didn’t know” she was on it at first. During an appearance on the Call Her Daddy podcast on Wednesday, she shared that her anti-aging doctor “just hands” the drug “out to anybody … to drop five pounds,” noting:

Although Chelsea knew she was taking a medication called Semaglutide at the time, she claimed to have no idea that it was another name for Ozempic until she went out to grab some food with a friend. The Chelsea Lately host explained:

But Chelsea’s friend was skeptical that her symptoms were just from traveling. When her buddy asked if she was “sure” she wasn’t on the medication, the author said:

That’s when the friend revealed to her:

Kyle Richards, 54, DENIES she has been using the weight loss diabetes drug 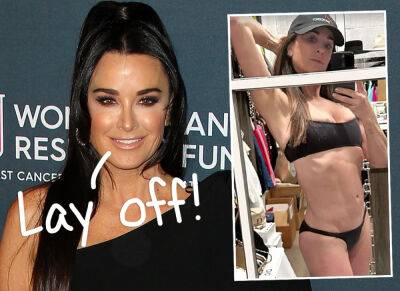 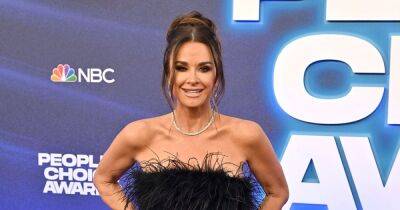