Yorkshire Shepherdess Amanda Owen, 48, has talked about the end of her baby-having days following her split from husband Clive Owen, 68.The Our Yorkshire Farm stars, who decided to file for divorce last year, share nine children together on a farm in Ravenseat, located in Upper Swaledale, North Yorkshire.Over the course of her marriage to Clive, Amanda was pregnant a whopping nine times and, now that she no longer has any toddlers crawling around, she has since spoken about whether she is “sad” that her baby days are over. Her comments come after the famous Channel 5 couple announced they were going their separate ways back in June.“I loved having babies about, but I wasn’t ‘goo-goo, ga-ga’.

I couldn’t wait for them to find their own feet and run off,” she admitted.“Someone once said to me, ‘Oh, my God, you’ll really regret having all these kids when they’re teenagers.’ “And now I’ve probably got about four or five teenagers, and it’s great. I love it.

“I feel like it keeps me young. And I love seeing their characters and how different they all are,” she confirmed in her interview with RadioTimes.Amanda and Clive met in 1996, married in 2000 and went on to have nine children before finally deciding to call it quits.Between them, the couple share: Raven, 21, Reuben, 19, Miles, 16, Edith, 14, Violet, 12, Sidney, 11, Annas, 9, Clemmy, 7, and six-year-old Nancy.In the recent interviewer was “surprised” to find that the pair were willing to appear together in a zoom call.Asked if their relationship was now at a more cordial stage, rather than one of bitterness, Amanda spoke frankly about their separation.“Look, there are two simple facts: if he thought I was brilliant, and I thought he was brilliant, then we wouldn’t have 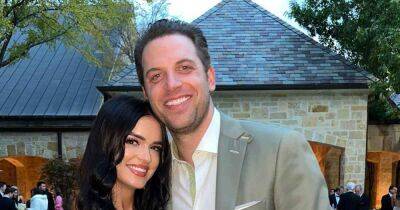 Oprah Winfrey covers up in cashmere blanket in NYC... after Broadway date with her BFF Gayle King